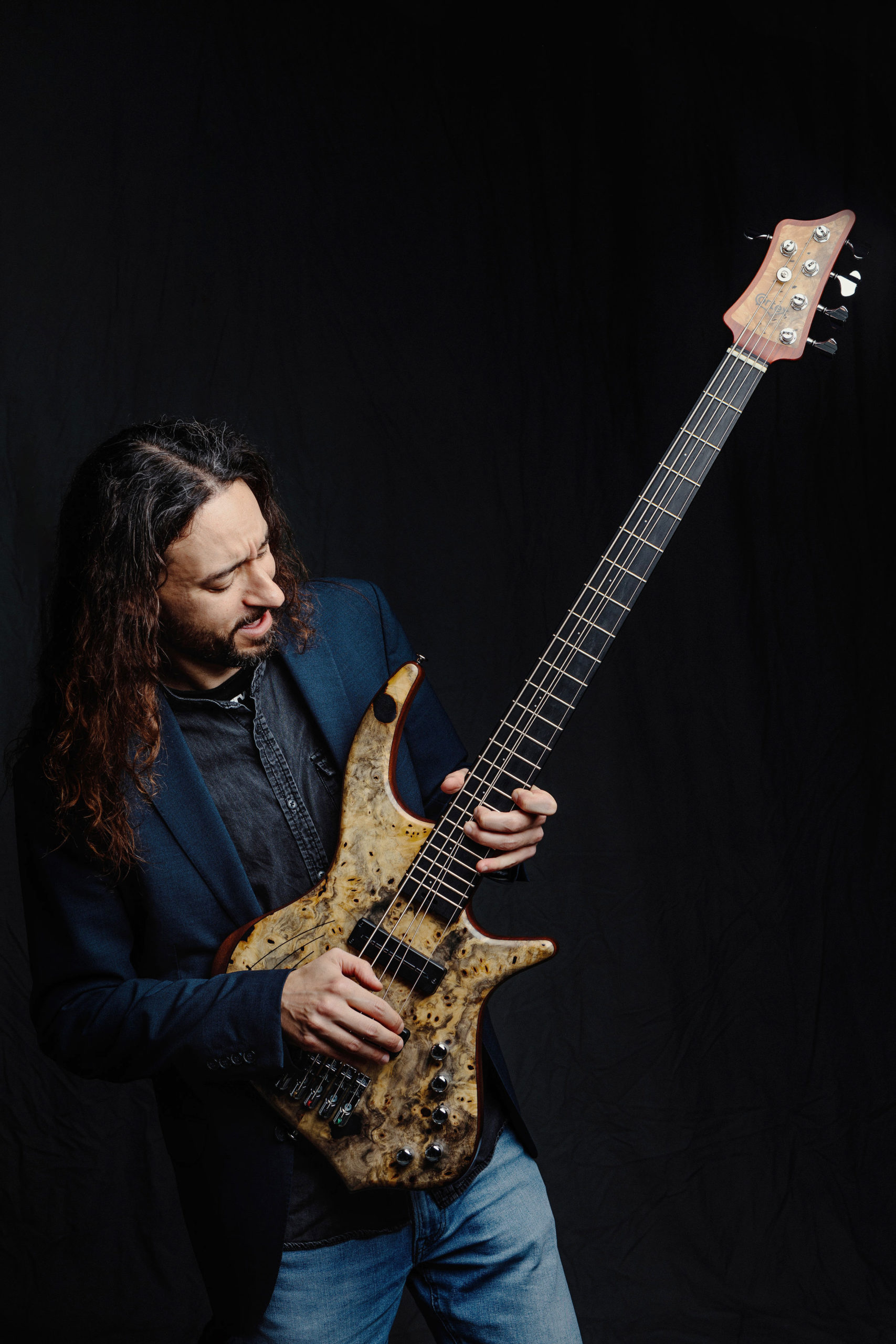 Alex was born and raised in Rome before moving in London where he graduated in Popular Music Performance at the University of West London.

You can also order on Alex’s website the first volume of his “Scale Colour System”, a useful and original bass method released in August 2018, followed  since December 2020 by the “Contemporary Bass Guitar, Jaco Pastorius”, an in-depth analysis of Jaco’s ideas and approach to the bass presented in a comprehensive manner.

Alex holds masterclasses and clinic worldwide invited by music colleges including the Musicians Institute in Los Angeles, BIMM and the ICMP in London. Endorsing for world’s top musical instrument companies Alex performs at international music shows such as the NAMM Show, Frankfurt Musikmesse, Euro Bass Day and the London Bass Guitar Show. He has featured on Bass Guitar Magazine, German Bass Quarterly and Chitarre magazines, and he also contributes with lessons and articles to Bass Musician Magazine and MusicOff.com.

We feel so lucky that Alex flashed on our Cortex Deluxe 5-string bass.  We love his technique, his melodies and his emerging works as an exceptional bassplayer. Just here an 18 second Slap Heavenly video… Enjoy…