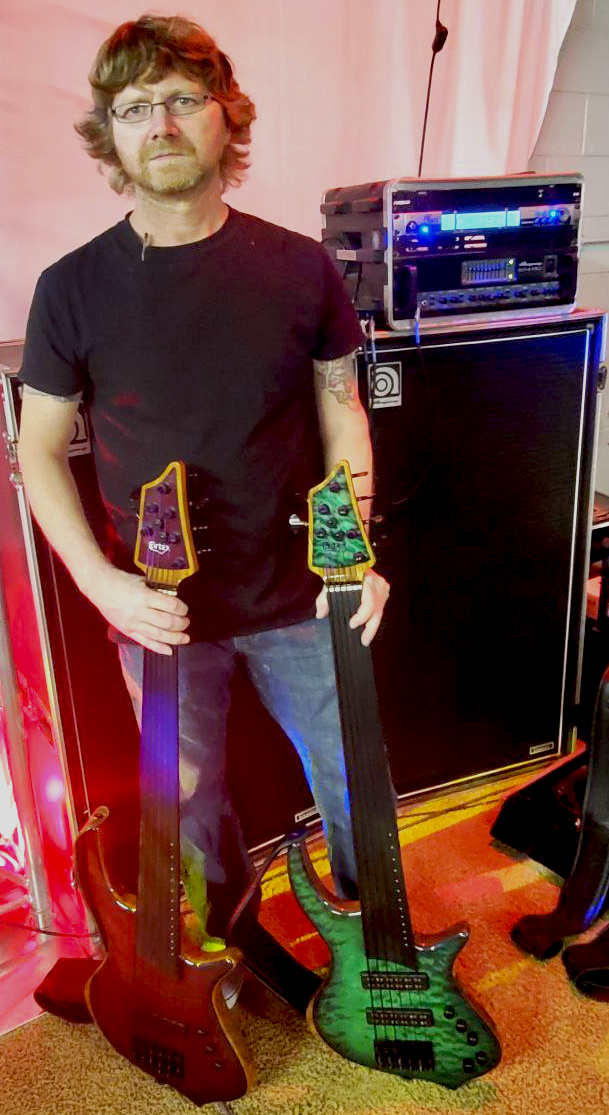 Kevin is an accomplished bassist and touring musician, and as a founding member of Jezus Rides a Riksha (SLC, UT) he brings a unique sound and heavy low-end attack with his picking play style.

Known as the “balls” of the band, Kevin easily earns that title and more. And playing stages from coast to coast in the US since 1995 has cemented his reputation, with accolades including notable peers being quoted as saying “Kevin has the best tone and gear on this tour”.

Kevin’s search for the ideal instrument brought him to Cortex Bass, where he fell in love with the custom shop and has since added 2 Cortex Custom 6-string fretless basses to his collection. These guitars are now his mains, and the top tier craftsmanship, playability, tone and looks meet his exact needs in the intense US metal scene.

Kevin Bronson with Jezus Rides a Riksha will be unleashing their 8th Studio Album in the spring of 2023, and singles from this upcoming LP are already being dropped as music videos. Visit their youtube channel and subscribe to see and hear Kevin with his Cortex Bass in action!